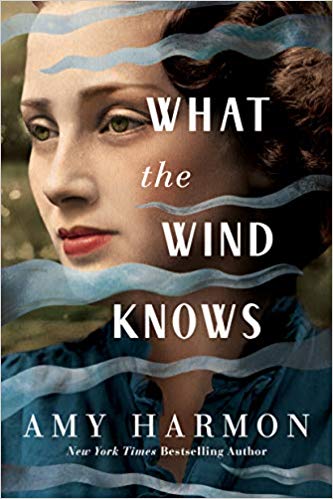 What the Wind Knows by Amy Harmon (Paperback)

In an unforgettable love story, a woman’s impossible journey through the ages could change everything…

Anne Gallagher grew up enchanted by her grandfather’s stories of Ireland. Heartbroken at his death, she travels to his childhood home to spread his ashes. There, overcome with memories of the man she adored and consumed by a history she never knew, she is pulled into another time.

The Ireland of 1921, teetering on the edge of war, is a dangerous place in which to awaken. But there Anne finds herself, hurt, disoriented, and under the care of Dr. Thomas Smith, guardian to a young boy who is oddly familiar. Mistaken for the boy’s long-missing mother, Anne adopts her identity, convinced the woman’s disappearance is connected to her own.

As tensions rise, Thomas joins the struggle for Ireland’s independence and Anne is drawn into the conflict beside him. Caught between history and her heart, she must decide whether she’s willing to let go of the life she knew for a love she never thought she’d find. But in the end, is the choice actually hers to make?