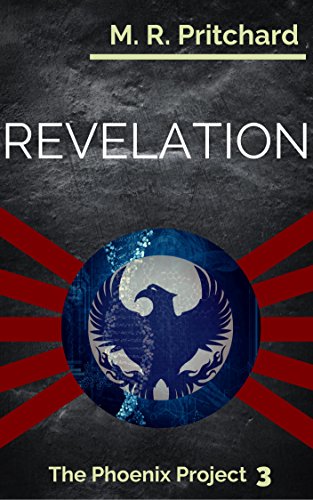 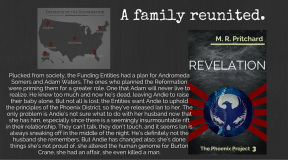 Book 3 in The Phoenix Project Series

Plucked from society, the Funding Entities had a plan for Andromeda Somers and Adam Waters. The ones who planned the Reformation were priming them for a greater role. One that Adam will never live to realize. He knew too much and now he’s dead, leaving Andie to raise their baby alone. But not all is lost; the Entities want Andie to uphold the principles of the Phoenix District, so they’ve released Ian to her. The only problem is Andie’s not sure what to do with her husband now that she has him, especially since there is a seemingly insurmountable rift in their relationship. They can’t talk, they don’t touch, and it seems Ian is always sneaking off in the middle of the night. He’s definitely not the husband she remembers. But Andie has changed also; she’s done things she’s not proud of, she altered the human genome for Burton Crane, she had an affair, she even killed a man.

Now, Andie struggles with her guilt as she tries to raise the next generation of Sovereign and fulfill her duties as the District Matchmaker. Sam is training to become a Volker, Ian keeps pressing her to go back to the way they were, Catalina is getting older, and Raven has never uttered a sound since his birth. As Andie tries to maintain control and protect her family, one thought lingers and threatens to disrupt everything she’s worked so hard to protect: she must return to Crystal River for her last test, and Crane always causes the most havoc when she’s away.