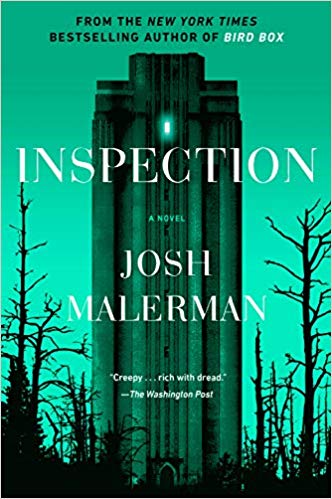 Boys are being trained at one school for geniuses, girls at another. Neither knows the other exists—until now. The New York Times bestselling author of Bird Box invites you into a world of secrets and chills in a coming-of-age story like no other.

“Josh Malerman is a master at unsettling you—and keeping you off-balance until the last page is turned.”—Chuck Wendig, New York Times bestselling author of Blackbirds

J is a student at a school deep in a forest far away from the rest of the world.

J is one of only twenty-six students, all of whom think of the school’s enigmatic founder as their father. J’s peers are the only family he has ever had. The students are being trained to be prodigies of art, science, and athletics, and their life at the school is all they know—and all they are allowed to know.

But J suspects that there is something out there, beyond the pines, that the founder does not want him to see, and he’s beginning to ask questions. What is the real purpose of this place? Why can the students never leave? And what secrets is their father hiding from them?

Meanwhile, on the other side of the forest, in a school very much like J’s, a girl named K is asking the same questions. J has never seen a girl, and K has never seen a boy. As K and J work to investigate the secrets of their two strange schools, they come to discover something even more mysterious: each other.

“Creepy. . . a novel whose premise is also claustrophobic and unsettling, but more ambitious than that of Bird Box . . . Inspection is rich with dread and builds to a dramatic climax.”--The Washington Post

“This unlikely cross between 1984 and Lord of the Flies tantalizes.”--Kirkus Reviews

“Malerman builds a striking world. . . . As he did in Bird Box, Malerman’s crafted an irresistible scenario that’s rich in possibility and thematic fruit. . . . Where [Bird Box] confined us behind a blindfold, Inspection rips it off.”  --The A. V. Club

“A must read . . . It’s a wonderful thing, digging into a new Josh Malerman novel—no idea what to expect, no clue where his twisted mind is going to take you.”--Cemetery Dance