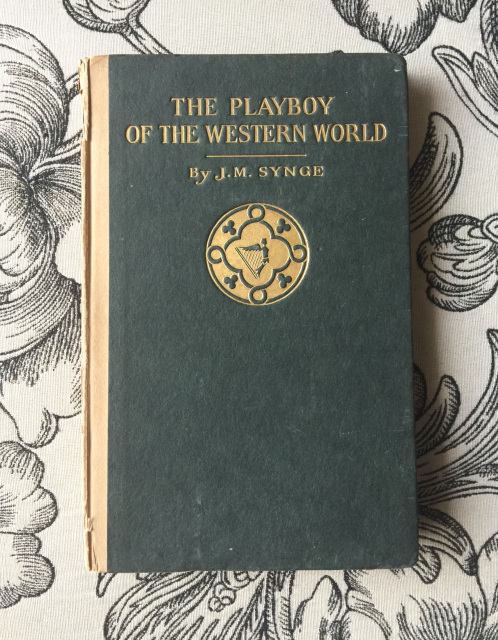 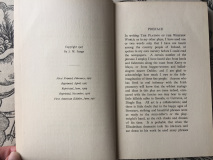 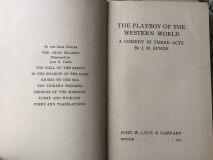 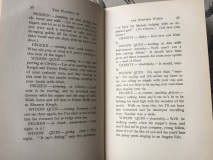 The playboy of the western world (Hardcover) by J. N. Synge. (Author) USED

The Playboy of the Western World is a three-act play written by Irish playwright John Millington Synge and first performed at the Abbey Theatre, Dublin, on 26 January 1907. It is set in Michael James Flaherty's public house in County Mayo (on the west coast of Ireland) during the early 1900s. It tells the story of Christy Mahon, a young man running away from his farm, claiming he killed his father.

The locals are more interested in vicariously enjoying his story than in condemning the immorality of his murderous deed, and in fact, Christy's tale captures the romantic attention of the bar-maid Pegeen Mike, the daughter of Flaherty. The play is best known for its use of the poetic, evocative language of Hiberno-English, heavily influenced by the Irish language, as Synge celebrates the lyrical speech of the Irish.