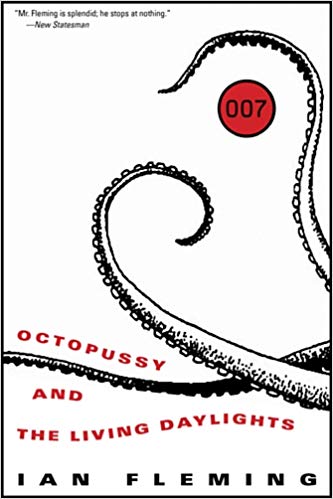 The last collection of James Bond adventures from Ian Fleming, Octopussy and The Living Daylights features four tales of intrigue that push 007 to the limit and find the secret agent questioning where he can go from there…

In “Octopussy,” a former operative in the Second World War must face the consequences of past sins when James Bond knocks on the door of his Caribbean fortress, and in “The Property of a Lady” Bond deciphers the elaborate codes of a Sotheby’s bidding war in order to catch a KGB agent. “007 in New York” takes Bond to the titular city to warn an ex-agent of her boyfriend’s secret KGB affiliation. And “The Living Daylights” sends Bond to Berlin to protect a British agent before an assassin strikes.

The text in this edition has been restored by the Fleming family company Ian Fleming Publications, to reflect the work as it was originally published.