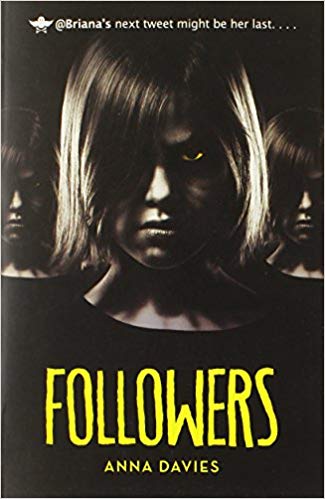 When Briana loses out on a starring role in the school's production of Hamlet, she reluctantly agrees to be the drama department's "social media director" and starts tweeting half-hearted updates. She barely has any followers, so when someone hacks her twitter account, Briana can't muster the energy to stop it. After all, tweets like "Something's rotten in the state of Denmark . . . and a body's rotting in the theater" are obviously a joke.

But then a body IS discovered in the theater: Briana's rival. Suddenly, what seemed like a prank turns deadly serious. To everyone's horror, the grisly tweets continue . . . and the body count starts to rise.

There's no other explanation; someone is live-tweeting murders on campus.

With the school in chaos and the police unable to find the culprit, it's up to Briana to unmask the psycho-tweeter before the carnage reaches Shakespearian proportions . . . or she becomes the next victim.