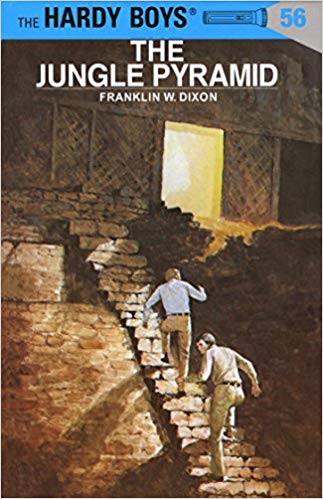 A million dollars’ worth of gold bullion has been stolen from the Wakefield Mint under strange circumstances. Mr. hardy is asked to investigate but before long his life is threatened, and he asks Frank and Joe to help him. The boys fly to Zurich, Switzerland, hoping to get information at the Swiss Gold Syndicate and to find the man who has stolen a valuable ancient gold figurine from a New York museum. Their search on both counts seems futile as they return to the United States where they uncover clues that lead them to an adventure in the Yucatán jungle. But the Hardy’s travels lead to nothing but new doubts and nagging suspicions. And now their lives are in danger.